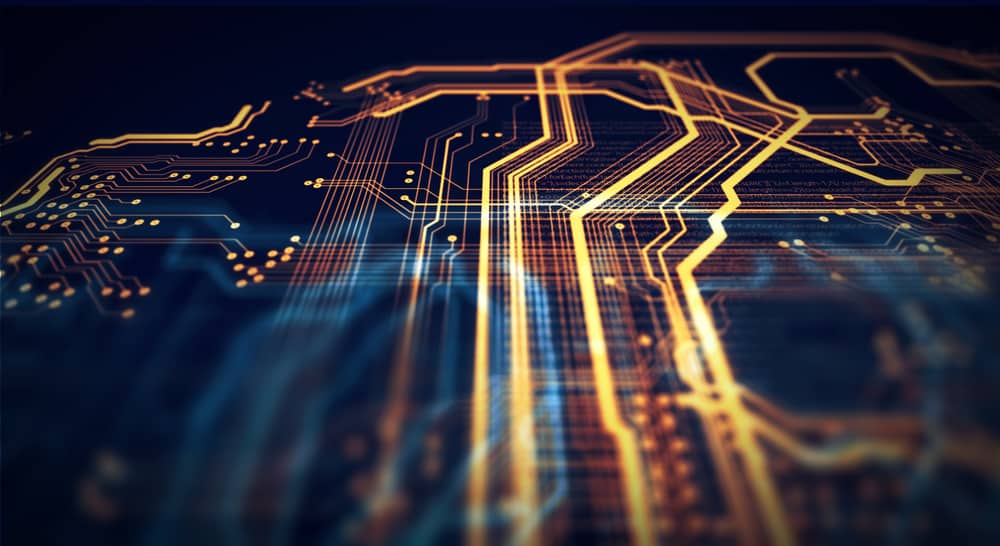 What is an In-Memory Database System?

How is data accessed and changed in an in-memory database management system?

Data in an RDM in-memory database is “ready to go.” Where data in a disk block may be compressed, encrypted, flattened or encoded, data in memory is in a directly usable format. It also has structure that is independent of disk blocking issues, allowing direct navigation from column to column, row to row or index to row, allowing changes to be implemented by allocating memory blocks and rearranging pointers.

How is in-memory data shared among multiple tasks?

The answer is twofold: fast and faster. For those familiar with the RDM Transactional File Server (TFS), which can be used to share a database among user processes in the same computer, in the office LAN or across the world, the database can be managed in-memory by the TFS. This is faster than on-disk databases managed by the TFS.

But the fastest way to share one database among multiple tasks is to run a single process with multiple threads, where each task is running in its own thread. This form of an application runs on one computer and allows each thread to access the database directly in local heap storage. It also circumvents the need to read unchanged database objects into a local cache, because the original object can be viewed directly from the database memory. This is a very fast way to share a database in a multi-user mode.

Can an on-disk database be used in-memory?

When using RDM, the answer is “Yes!” In-memory databases may be loaded from disk when they are opened, and may also be saved to disk when they are closed, or when “save points” are requested. Save points are atomic, meaning that all changes to the data since the last save point are written to disk together, or none of them are. This makes them transactional, but not on the same transaction boundaries as an on-disk database.

What are the advantages and disadvantages of in-memory databases?

In-memory databases, by definition, handle the data they are processing in main memory. There is no need to deal with secondary storage which can be orders of magnitude slower than accessing data held in main memory. Eliminating the requirement of accessing the slower secondary storage allows for the use of algorithms in an in-memory database that would not be feasible for a disk-based database. As an example, a disk-based database commonly uses a b-tree based index to limit the number of disk access required to locate a row. An in-memory database can use an AVL tree instead of a b-tree which reduces (or eliminates) the need to duplicate data but increases the number of rows accessed during traversal.

An in-memory database stores all data in main memory which can severely limit the amount of data that can be stored. Most database systems can handle allocating memory ad-hoc for storing database objects or can be given a chunk of memory to use as storage. Either way, the volume of data that can be stored in an in-memory database tends to be much smaller than that stored in a disk-based system.

What is the difference between an in-memory database and simply storing data in shared memory segments?

The biggest difference between in-memory databases and storing data in shared memory segments deals with a structured approach to data access. In-memory databases maintain components of the “ACID” attributes of data storage engines. The ACID properties include Atomicity, Consistency, Isolation, and Durability. While in-memory databases may relax the durability property based on non-persistent storage, they commonly support the other properties:

It can be time-consuming and error-prone to implement this functionality on top of shared memory segments.
In addition to transaction properties of in-memory databases, there are many other
out of the box advantages including:
Use of common well-defined data definition languages (SQL DDL statements) Use of common well-defined data query languages (SQL DML statements) Remote access to data via a network communication protocol
Ability to store data in a platform-independent format
Tools available for import/export through CSV, XML, JSON, etc. Ability to persist in-memory data to disk

An In-Memory database can be subject of data loss if something stops working: how do you cope with this?

An application developer needs to understand that data loss is a possibility when working with an in-memory database. There are several approaches, such as persistence and replication, used to mitigate data loss scenarios, but data loss is still a possibility.

An embedded database can be defined as database engine that runs within an application and does not require other processes to be installed, configured, or accessed. The storage media for the data managed by the engine is implementation dependent.
Originally most database engines used a hard-disk for data storage as the amount of memory available would not allow for sufficient data volume for useful data sets. As the size of memory increase, many vendors began adding in-memory capabilities. Today many database engines, embedded or traditional, have some support for in- memory.

How does Raima implement an in-memory database system in RDM?

By maintaining this abstraction, an application developer doesn’t need to do anything other than specifying a pre-open configuration parameter to use an in-memory RDM database. The application, runtime, and storage engine can all run in the same memory space providing very low latency access. If a developer knows that a database will be primarily used in-memory they can utilize methods such as AVL indexing to optimize for in-memory access. 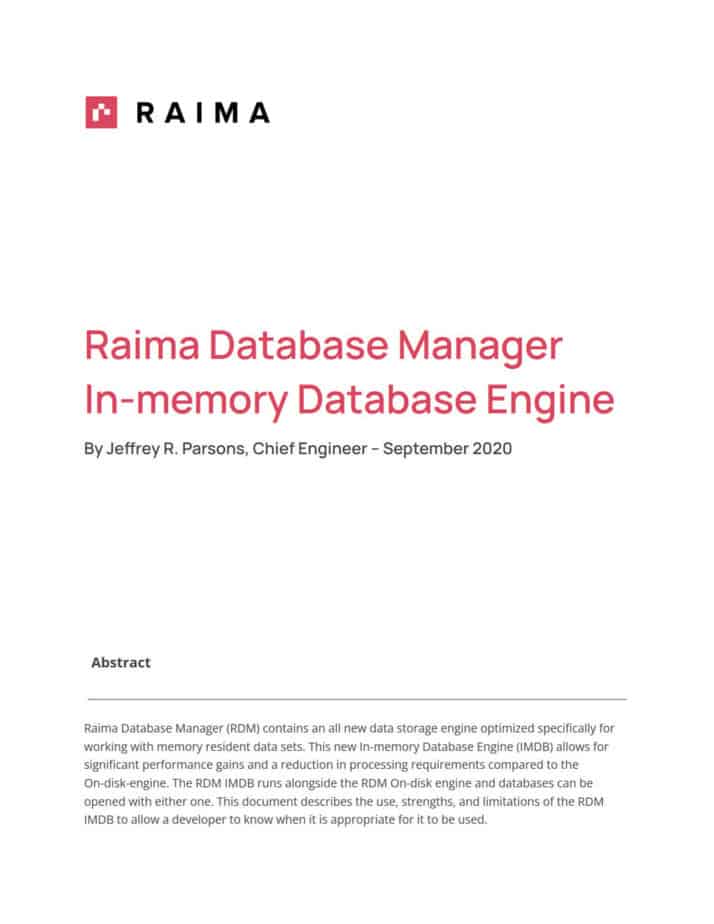